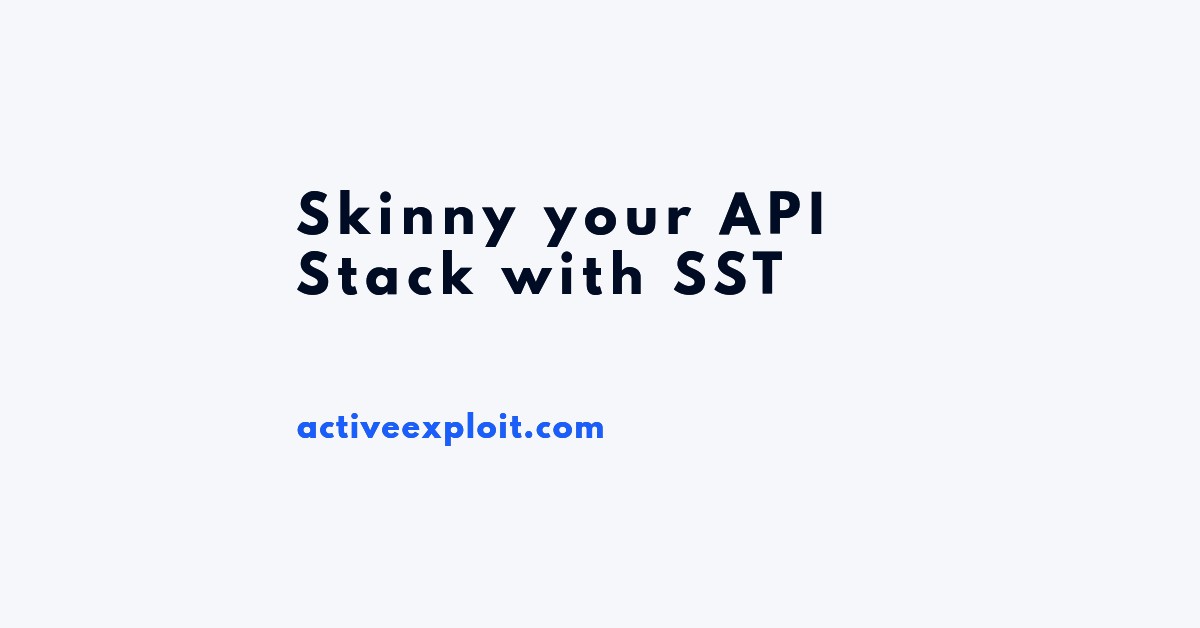 Serverless infrastructure has been all the rage of new developers. While full-stack implementations are still used in the industry this new model has many developers and security analysts rejoice in the freedoms it presents. Serverless computing offers a number of advantages over traditional cloud-based infrastructure. For many developers, serverless architectures offers greater scalability, more flexibility, and quicker time to release, all at a reduced cost. With serverless architectures, developers do not need to worry about purchasing, provisioning, and manage backend servers. While not a be-all solution for every implementation it does help developers, system administrators, and security analysts by simplifying the hosting of code. A new company Serverless Stack (SST) is aiming to change the way we use cloud functionality and serverless programming. This last Friday SST announced they have raised their 1 million dollar seed for their open-source framework. Some of the investors were Greylock Partners, SV Angel, and a well-known group Y Combinator. This new capital will allow Jay and Frank to expand their framework into other languages like Go and Python. While these languages are already supported in AWS Lambda functions they aim to spread into CDK and other implementations.

So far the tool hasn’t been fully adopted by developers but is gaining traction as their tool allows programmers to securely implement full code with minimal maintenance. SST requires you to use Node.js and AWS currently but additional adaptations will be added. For anyone who has used Docker the setup and workflow will look very familiar although the end product is a very small stack that can easily be run by Lambda functions.

Keep your eye on this small company from 2017 as they are making great strides. With proper exception handling SST will help pave safer implementations of code. Take some time to review this framework and stay on top of your game.