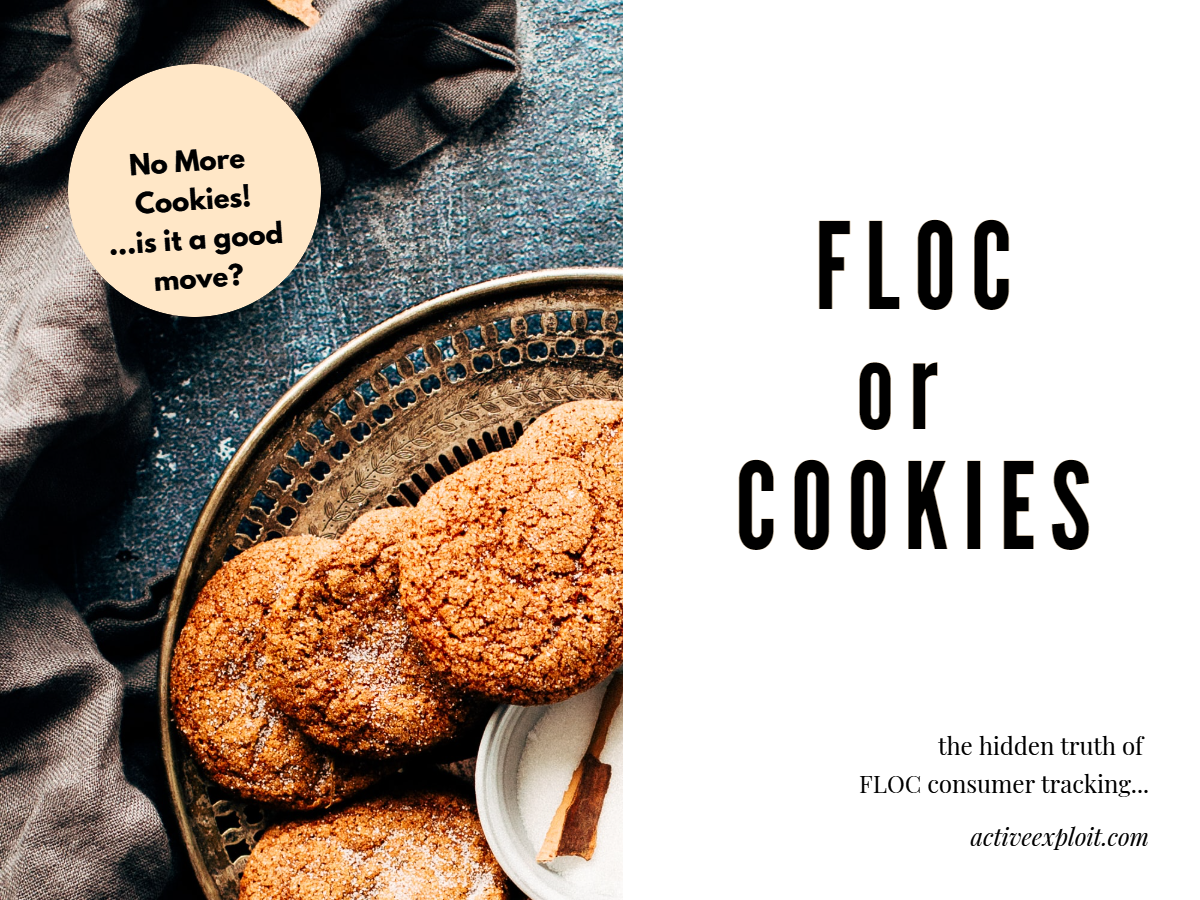 Cookies have been the “tracking” standard since the 90’s. At first they were very innocent as a way to improve the client experience but as time went on companies like Google profited by scraping these cookies to track your history. This history was used to target you and provide ways for the big guys to make money on your behaviors. Last week Google sent a shock wave through the advertising and publishing industries last year when it announced it planned to scrap third-party tracking cookies, which are an important tool for online marketers. Not to worry, the company announced Monday. It has a viable alternative in the wings.

“It might be hard to imagine how advertising on the Web could be relevant, and accurately measured, without third-party cookies,” Google’s Group Product Manager for User Trust and Privacy Chetna Bindra.

Federated Learning of Cohorts (FLoC) proposes a new way for businesses to reach people with relevant content and ads by clustering large groups of people with similar interests. This approach effectively hides individuals “in the crowd” and uses on-device processing to keep a person’s web history private on the browser.

By creating simulations based on the principles defined in Chrome’s FLoC proposal, Google’s ads teams have tested this privacy-first alternative to third-party cookies. Results indicate that when it comes to generating interest-based audiences, FLoC can provide an effective replacement signal for third-party cookies. Our tests of FLoC to reach in-market and affinity Google Audiences show that advertisers can expect to see at least 95% of the conversions per dollar spent when compared to cookie-based advertising. The specific result depends on the strength of the clustering algorithm that FLoC uses and the type of audience being reached.

“The specific result depends on the strength of the clustering algorithm that FLoC uses and the type of audience being reached.”

Bindra added that FLoC will be available for public testing with the March release of Chrome and testing with Google Ads advertisers will begin in the second quarter.

“Essentially, a user’s web history is analyzed on their own computer to identify their interests,” he told TechNewsWorld. “Based on this information, Google Chrome would then ‘label’ the user with an anonymous identifier that is correlated with their interests.”

“From a marketing perspective, this is often considered ‘segmentation’ — or grouping the general population into groups of like-minded segments that are distinct yet homogeneous compared to other groups of individuals,” Crandall added.

Third-party tracking cookies have garnered a bad reputation because they’re seen as an invasion of consumer privacy. “People are not comfortable with retargeting,” explained Brendan Riordan-Butterworth, a technology consultant in Brooklyn, N.Y.

“If you look at a product in one place, and you start seeing it as you go around and around the Internet, it can be frustrating,” he told TechNewsWorld. “Maybe you aren’t interested in the product or maybe you already bought it. That can feel like an invasion of privacy because this merchant is reaching you in a context that you’re not comfortable with.”

Anne Hunter, vice president of product marketing at Disqo, an ad measurement and market research firm in Glendale, Calif. added that the cookies are sometimes dropped by companies that consumers do not have a direct relationship with, including companies a consumer may have never heard of.

“Eliminating third-party cookies was intended to ensure consumers know who is tracking their data,” she continued. “However, some of the new ad tech alternatives to cookies are even more invasive because they can not be blocked or deleted by consumers.”

What does this mean?

Your privacy is even more insecure. Removing the ability of the consumer to block privacy tracking locally makes you trust the server. How many times have we seen once the control is out of the hands of the consumer that the data is misused, stolen, or not even tracked on data leaks… Using encrypted VPN’s, scanners, and secure browsers (Such as Brave, or Tor) is becoming a must for all consumers. There will not be any other way to protect your data.